it might sound strange… and even if it sucks, but if you are concerned about security, call me paranoid but:

your company’s critical infrastructure SHALL NOT BE REACHABLE BY WIFI! (especially not if you are running a nuclear power plant, just saying… nobody wants meltdown vulnerability of CPUs to actually be able to cause a meltdown)

So yes you can give all those iPADs and iPhones internet access.

But that shall be on a different internet access connection. (well if you need to pay two internet-connections, it is still worth it. Also this splits bandwidth into critical (VPN to corporate LAN) an not-so critical (Mail for iPhone) traffic).

Because when you are not there… on Sundays… you do not know what your neighbor is about.

At best your neighbor cracks your Wifi and just prints all pages of all printers with “SECURE YOUR WIFI!” messages.

While it is way more likely to be hacked via an mail attachment that a worker just “HAD TO OPEN”, it is still possible, that your wifi can be the gate to your corporate LAN. 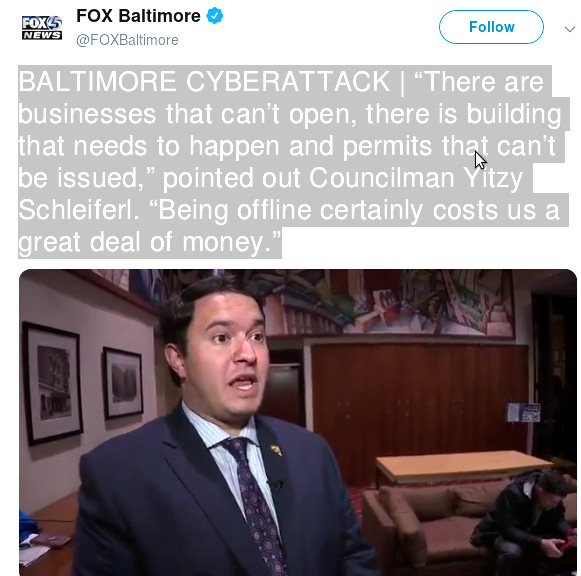 Unfortunately, the complete fix heavily depends on the code added after
wpa 2.4 release, so porting it is not practical.

For more information about the issues and their impace, see the Debian
Security Advisory DSA-4430-1.
For even more details, please read the following documents:

Should you need a more complete fix, please consider upgrading to a newer
version from stretch-backports when it becomes available.

Here is some information about my contributions to Debian: qa.debian.org.

And here is my blog, but I don’t update it often: blog.shadura.me.

if you want… you can buy me a coffee as well:

Number of potential side channel attacks were discovered in the SAE implementations used by both hostapd (AP) and wpa_supplicant (infrastructure BSS station/mesh station).

SAE (Simultaneous Authentication of Equals) is also known as WPA3-Personal.

The discovered side channel attacks may be able to leak information about the used
password based on observable timing differences and cache access patterns.

A novel cache-based attack against SAE handshake was discovered.

ECC group 19 being the mandatory group to support and the most likely used group for SAE today, so this attack applies to the most common SAE use case.

Even though the PWE derivation iteration in SAE has protections against timing attacks, this
new cache-based attack enables an attacker to determine which code branch is taken in the iteration if the attacker is able to run unprivileged code on the victim machine (e.g., an app installed on a smart phone or potentially a JavaScript code on a web site loaded by a web browser).

This depends on the used CPU not providing sufficient protection to prevent unprivileged applications from observing memory access patterns through the shared cache (which is the most likely case with today’s designs).

This attack requires the attacker to be able to run a program on the target device.

This is not commonly the case on access points, so the most likely target for this would be a client device using SAE in an infrastructure BSS or mesh BSS.

The commits listed in the end of this advisory change the SAE implementation shared by hostapd and wpa_supplicant to perform the PWE derivation loop using operations that use constant time and memory access pattern to minimize the externally observable differences from operations that depend on the password even for the case where the attacker might be able to run unprivileged code on the same device.

The timing attack applies to the MODP groups 22, 23, and 24 where the PWE generation algorithm defined for SAE can have sufficient timing differences for an attacker to be able to determine how many rounds were needed to find the PWE based on the used password and MAC addresses.

This attack could be performed by an attacker in radio range of an access point or a
station enabling the specific MODP groups.

All versions of hostapd/wpa_supplicant have disabled these groups by default.

While this security advisory lists couple of commits introducing additional protection for MODP groups in SAE, it should be noted that the groups 22, 23, and 24 are not considered strong enough to meet the current expectation for a secure system.

As such, their use is discouraged even if the additional protection mechanisms in the
implementation are included.

All wpa_supplicant and hostapd versions with SAE support (CONFIG_SAE=y in the build configuration and SAE being enabled in the runtime configuration).

Thanks to Mathy Vanhoef (New York University Abu Dhabi) and Eyal Ronen (Tel Aviv University) for discovering the issues and for discussions on how to address them.

– Merge the following commits to wpa_supplicant/hostapd and rebuild:

– Update to wpa_supplicant/hostapd v2.8 or newer, once available

– In addition to either of the above alternatives, disable MODP groups 1, 2, 5, 22, 23, and 24 by removing them from hostapd/wpa_supplicant sae_groups runtime configuration parameter, if they were explicitly enabled since those groups are not considered strong enough to meet current security expectations.

The groups 22, 23, and 24 are related to the discovered side channel (timing) attack.

The other groups in the list are consider too weak to provide sufficient security.

Note that all these groups have been disabled by default in all hostapd/wpa_supplicant versions and these would be used only if explicitly enabled in the configuration.

The data in this tracker comes solely from the bug database maintained by Debian’s security team located in the security-tracker Git repository. The data represented here is derived from: DSAs issued by the Security Team; issues tracked in the CVE database, issues tracked in the National Vulnerability Database (NVD), maintained by NIST; and security issues discovered in Debian packages as reported in the BTS.

All external data (including Debian bug reports and official Debian security advisories) must be added to this database before it appears here. Please help us keep this information up-to-date by reporting any discrepancies or change of status that you are aware of and/or help us improve the quality of this information by participating.

hover mouse over stars then click to rate this article: