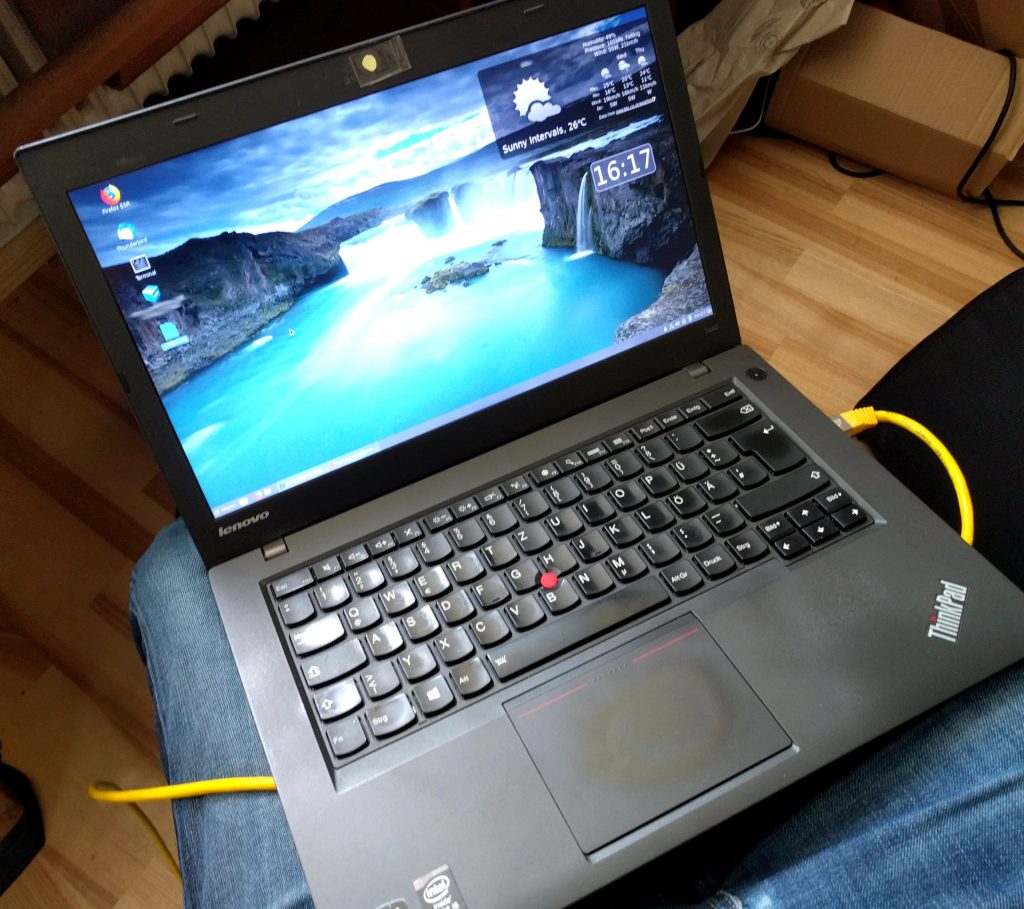 BUT: still prefer Gnome2 MATE (at least on GNU Debian Linux) because it is: 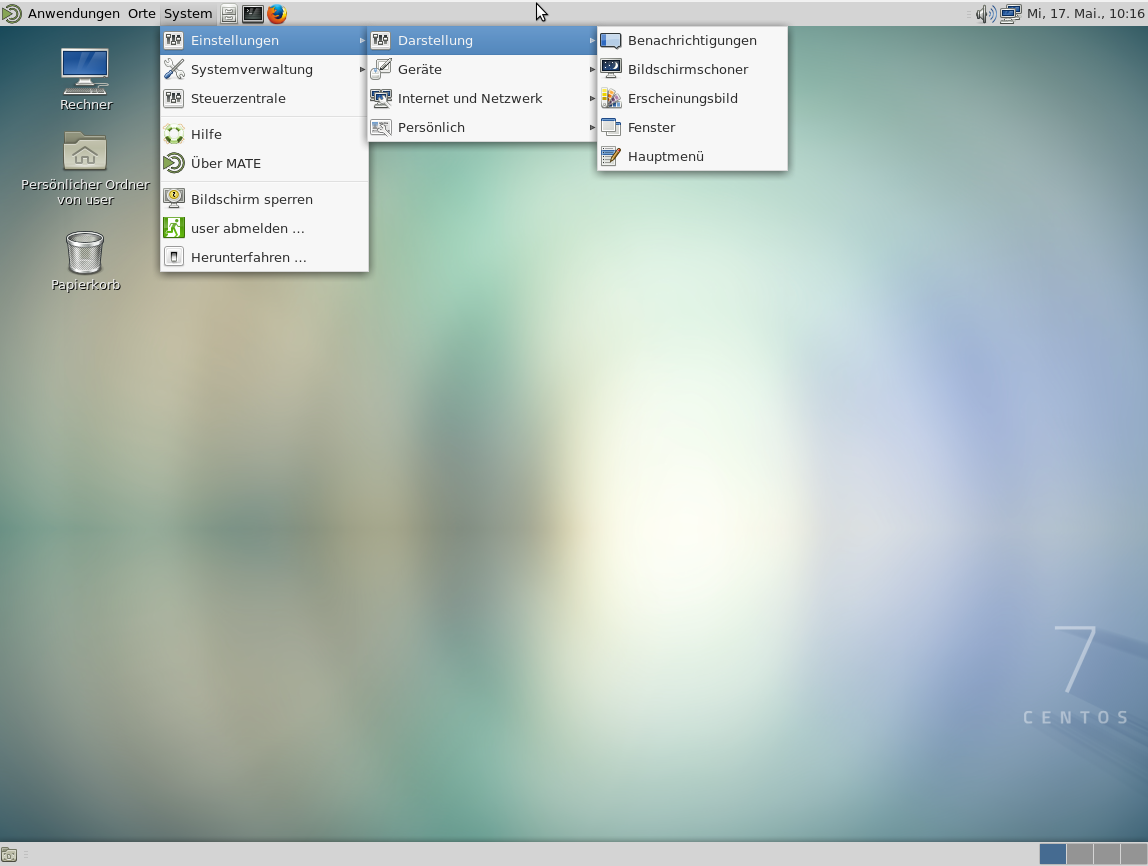 the fancy 3D Cube Workspace switching is done with the hotkey: Ctrl+Alt+Cursor+(Left|Right)

having worked many many years with the outstanding minimalistic (Mac-like control menu) Gnome2 MATE, wanted to reinstall the laptop Lenovo t440 with Debian 9.8 and encrypted lvm partition.

so installed Debian Cinnamon Desktop for a ride.

so swapped the ssd, reinstalled Debian 9.8 from scratch, selected the Cinnamon Desktop on install, 1400 Packages later you are welcomed with a stylish Desktop full of animations.

About: “Cinnamon is a free and open-source desktop environment for the X Window System that derives from GNOME 3 but follows traditional desktop metaphor conventions.

Cinnamon is the principal desktop environment of the Linux Mint distribution and is available as an optional desktop for other Linux distributions and other Unix-like operating systems as well.

The development of Cinnamon began as a reaction to the April 2011 release of GNOME 3 in which the conventional desktop metaphor of GNOME 2 was abandoned in favor of GNOME Shell.

Following several attempts to extend GNOME 3 such that it would suit the Linux Mint design goals, the Mint developers forked several GNOME 3 components to build an independent desktop environment.

Separation from GNOME was completed in Cinnamon 2.0, which was released in October 2013.

Applets and desklets are no longer compatible with GNOME 3.

As the distinguishing factor of Linux Mint, Cinnamon has generally received favorable coverage by the press, in particular for its ease-of-use and gentle learning curve. With respect to its conservative design model, Cinnamon is similar to the Xfce and GNOME 2 (MATE and GNOME Flashback/Classic) desktop environments.” (src: Wikipedia)

well done: sound manager, you can even “overload” output by up to 153% 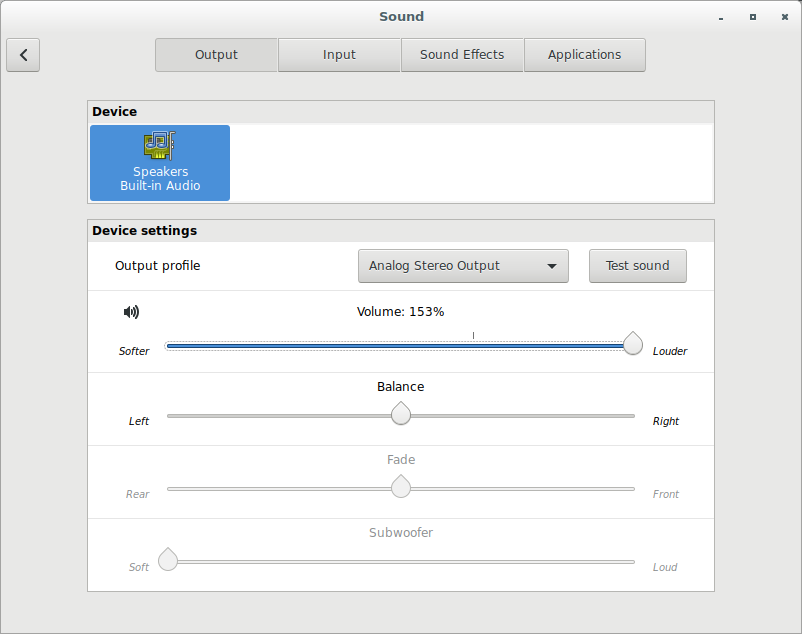 seems they are the same as Linux MINT

if you want a rock solid desktop that consumes as little resources as possible, MATE Gnome2 is your buddy.

If you want a little more style you might take Cinnamon for a spin.

it seems you can install Linux Mint (Debian based with Cinnamon Desktop?) on some (not all) Macbook Pros. 😉 nice 😉

torvalds and the linux desktop:

GNOME is continuing to lose users and supporters. Its developers can say what they will about this Linux desktop’s advantages, most people, including Linus Torvalds himself, dislike the new GNOME 3.x interface. Many Linux users, like myself, simply find GNOME 3.x to be far more trouble than it’s worth. Now, Clement “Clem” Lefebvre, leader of the popular Linux Mint distribution has also had enough of GNOME 3.x and is creating a more user friendly GNOME shell: Cinnamon.