running esxi inside virtualbox vm is just a test, to play with it, unfortunately one will not be able to start vms on it, because of the lack of nested virtualization. (could/should work nested inside quemu-kvm?)

the problem: should have left the keyboard layout as „Default US“ during setup.

Now all passwords one enters into the esxi console are probably not the same, as when one switches over to ssh terminal or web browser.

solution: either reinstall the host with „Default US“ keyboard and do a password that is the same on US and German keyboard layout (example try:

so: keep changing the password. until one finds one that is the same in both keyboard layouts – happy hacking! 🙂

no it’s not one’s fault – its just a keyboard layout issue problem. 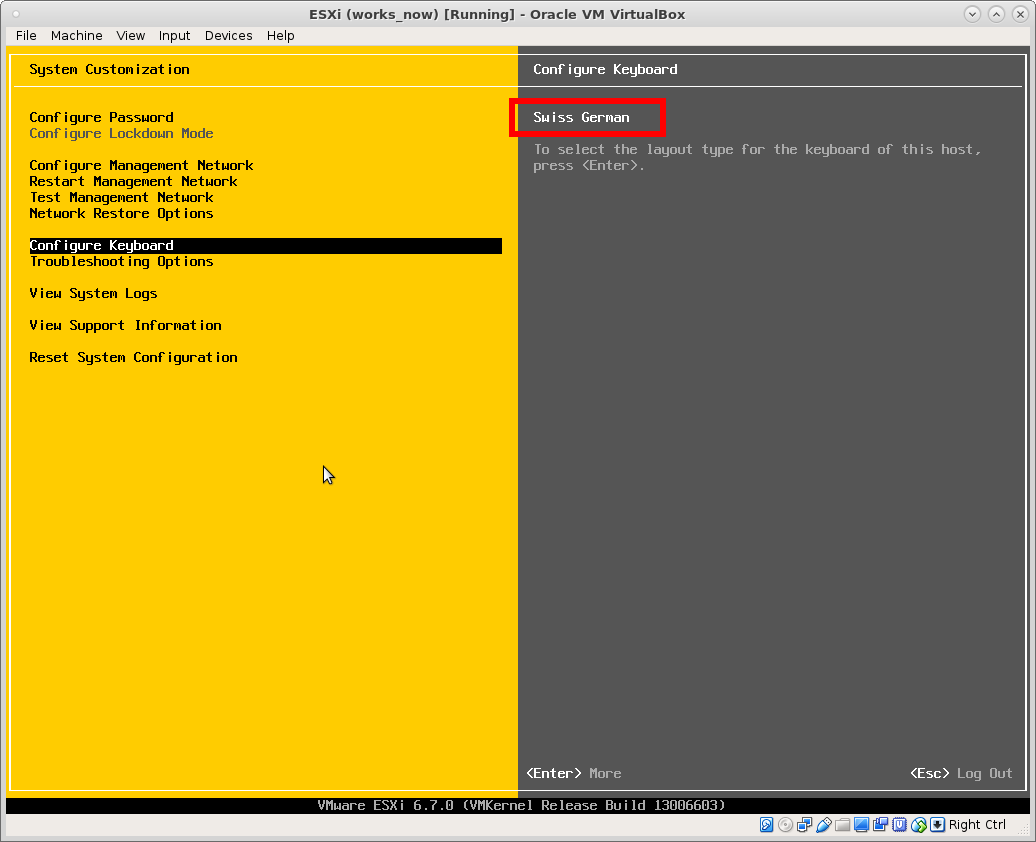 yes it is a test run of esxi inside virtualbox VirtualBox 5.2.6

to make it run, create a new virtualbox vm, „Other Linux“ 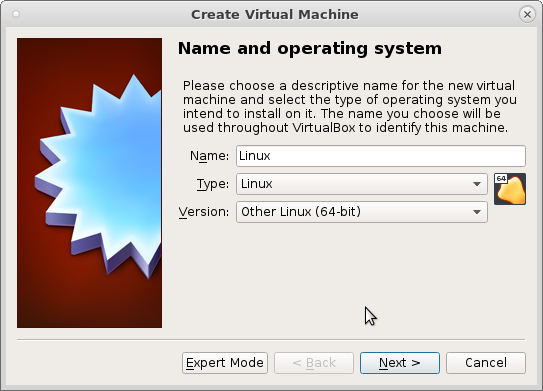 give it at least 4GBytes of RAM or it will complain 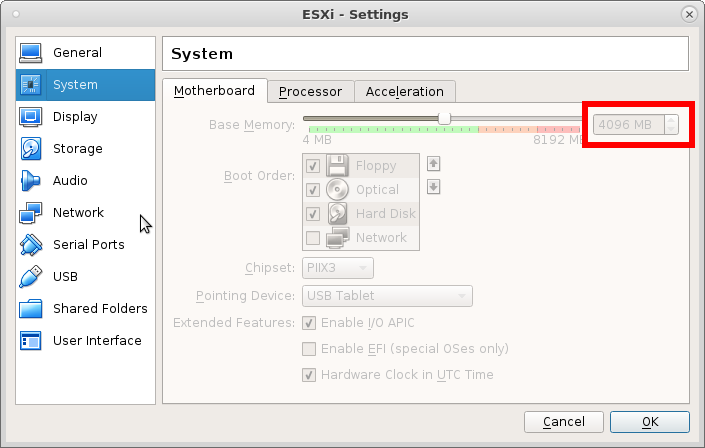 give it this NIC 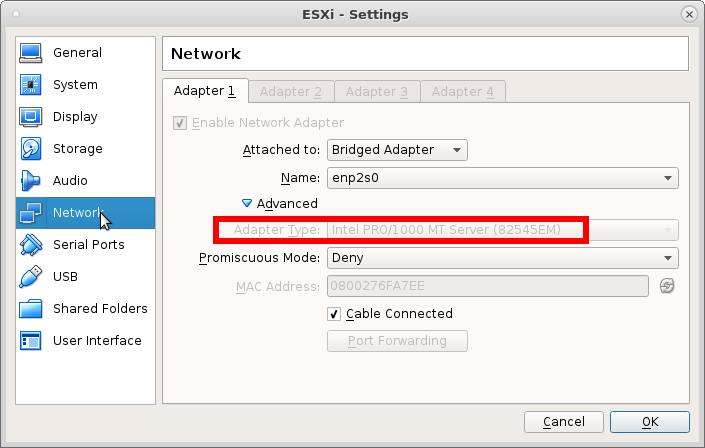 or it will give you the „pinky“ of „pink death“ saying it can not decompress sb.v00 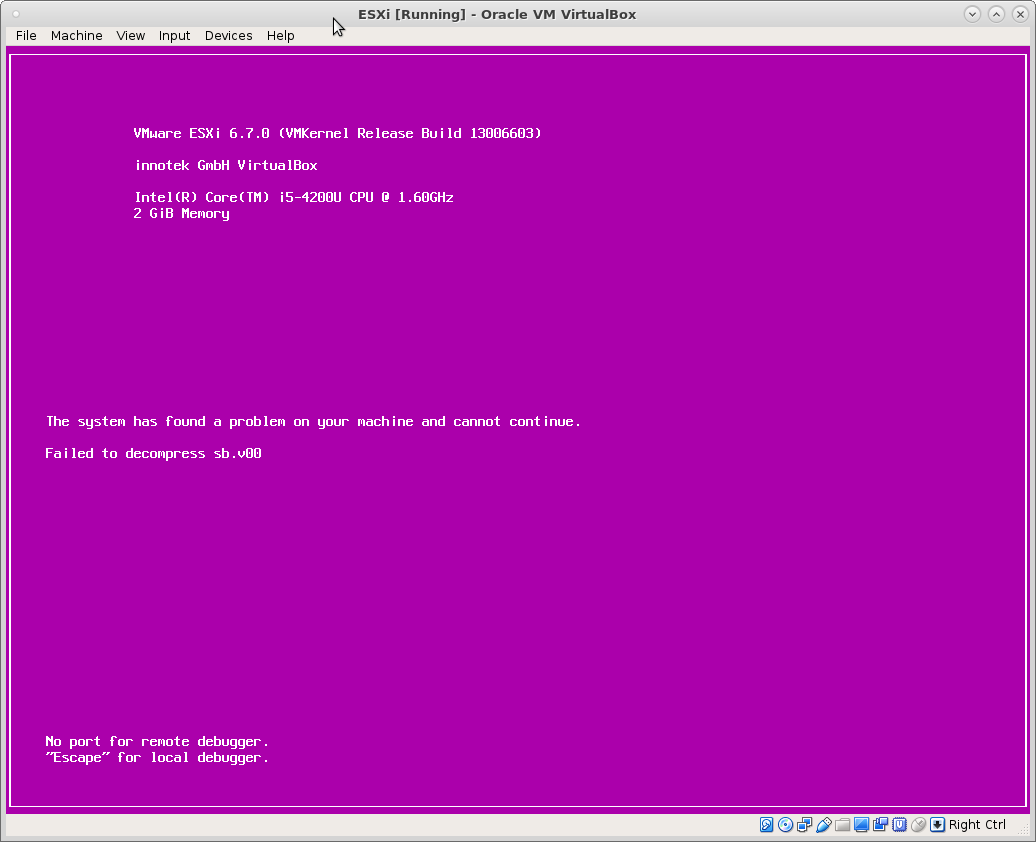 also: first harddisk 10GByte is enough, second harddisk (2TB) as storage for the vms this host will host. 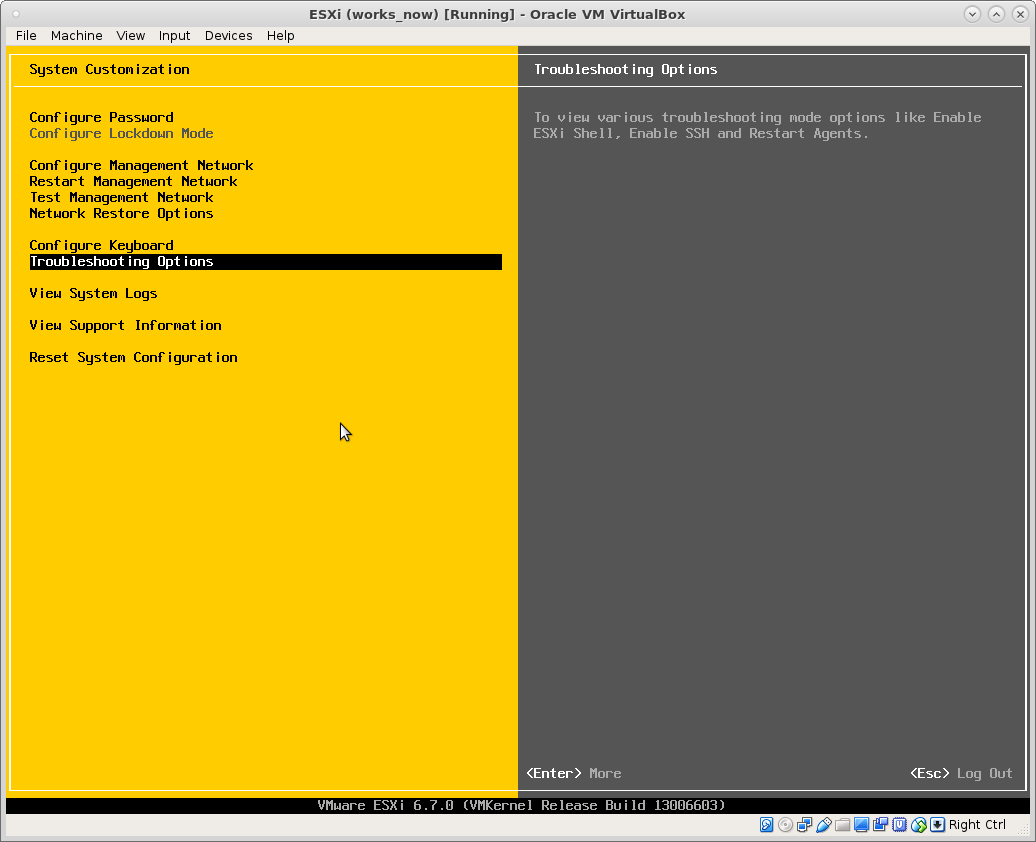 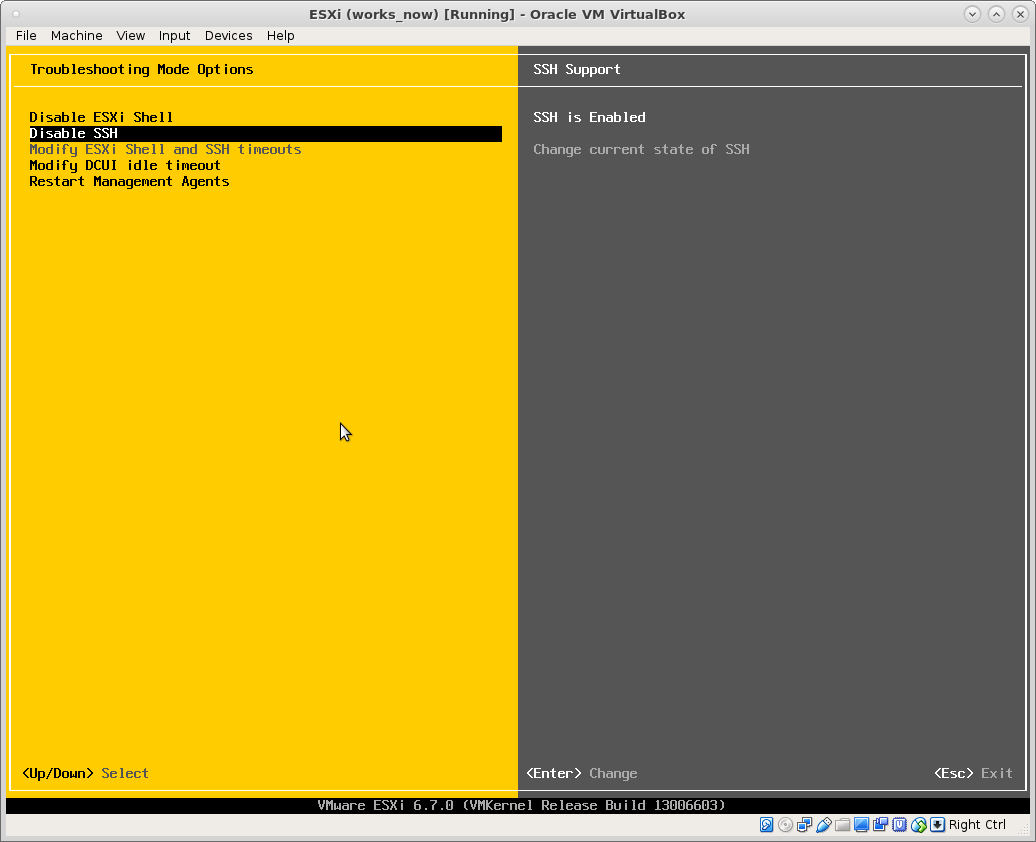 after one managed to ssh login, one shall use passwd immediately to change the password to the one one wanted originally. 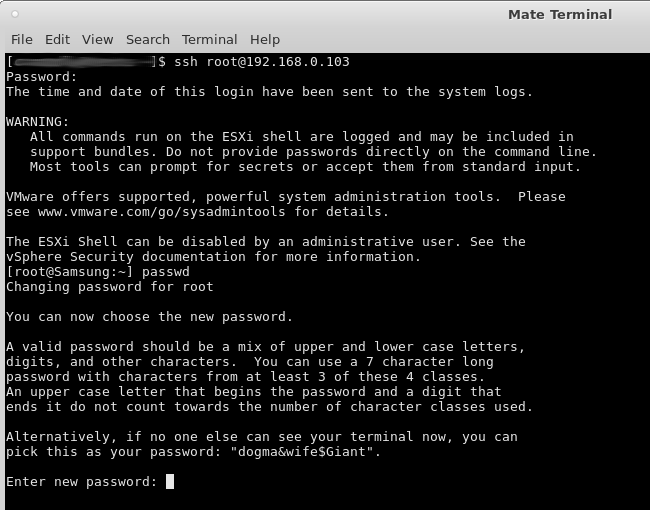 esxi is very creative in suggesting passwords. (that this way will never work in any other keyboard layout X-D)

now also the web gui dcui login shall not be a problem: (accept self signed SSL https certificate) 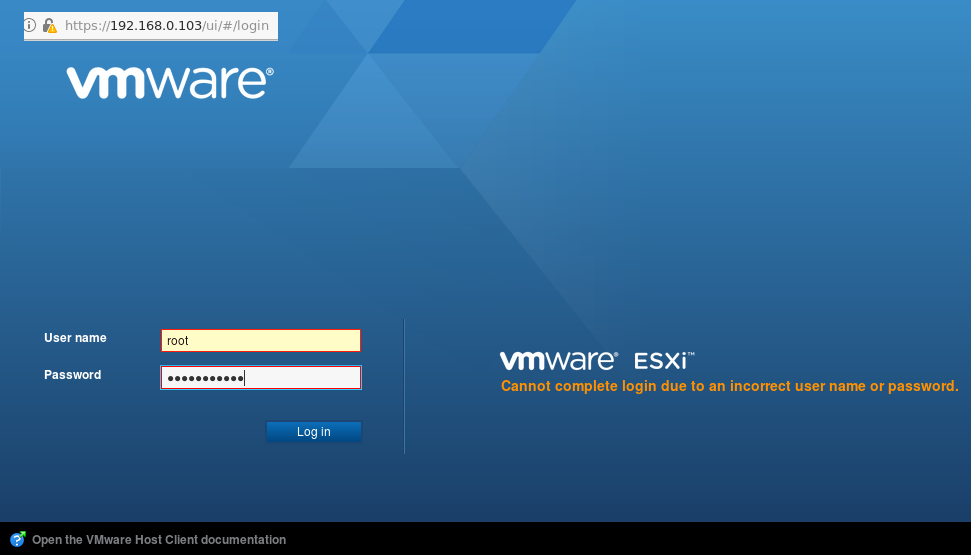 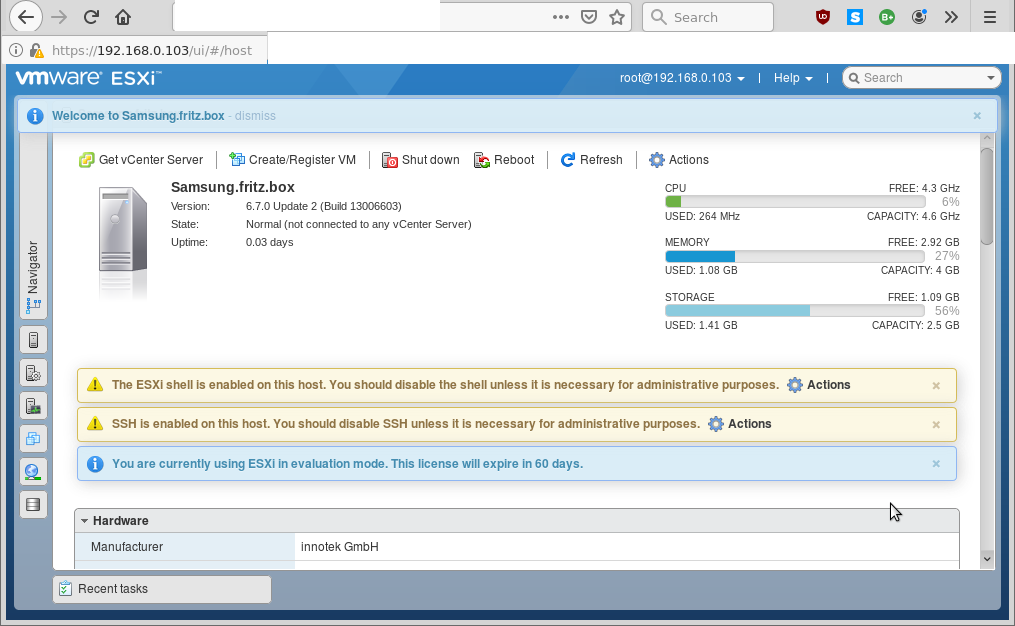 there used to be a windows based desktop  gui to manage vms, named „vSphere Client“ https://my.vmware.com/web/vmware/info?slug=datacenter_cloud_infrastructure/vmware_vsphere/6_0

but it seems vmware has gone more web based. one can now completely generate a vm via the web gui: 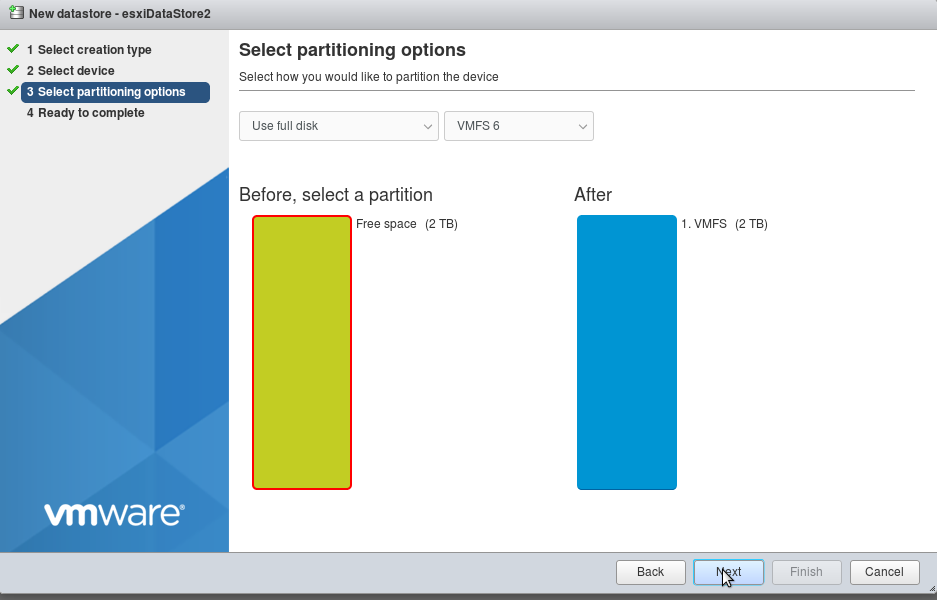 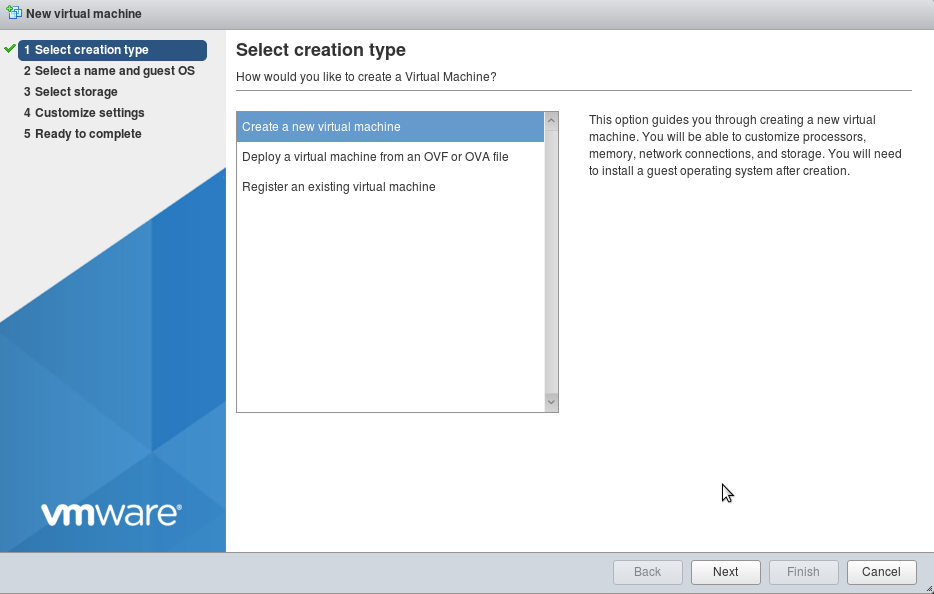 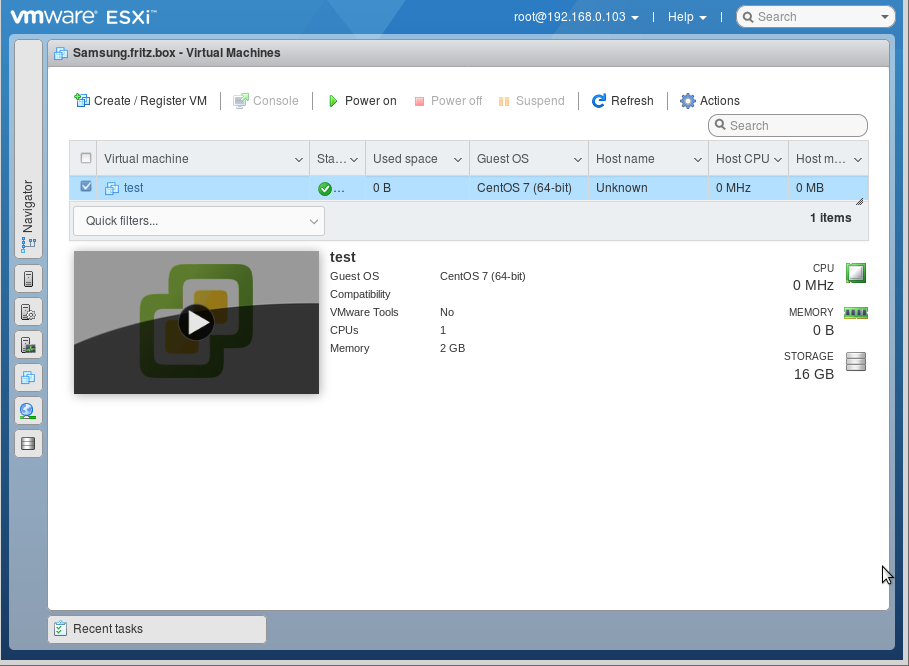 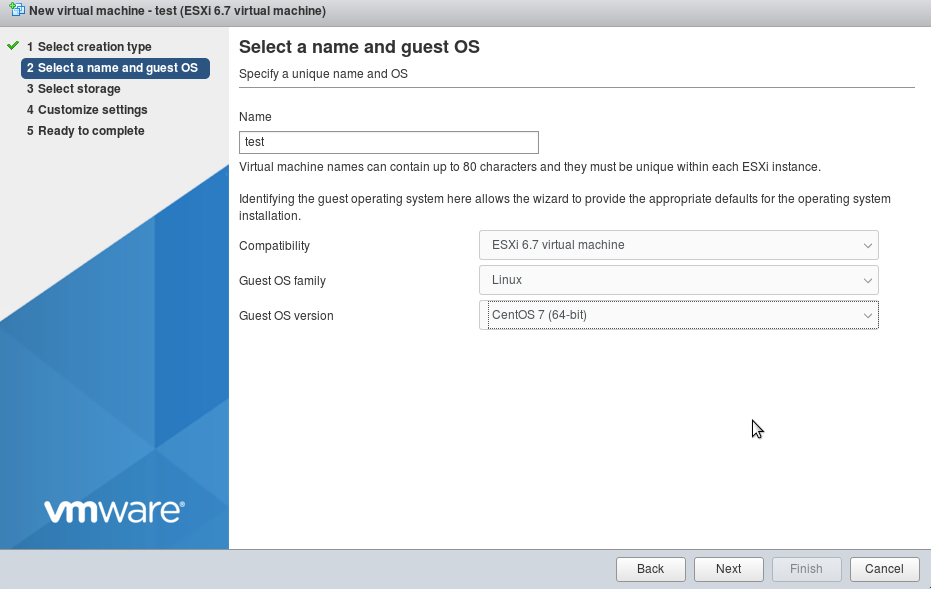 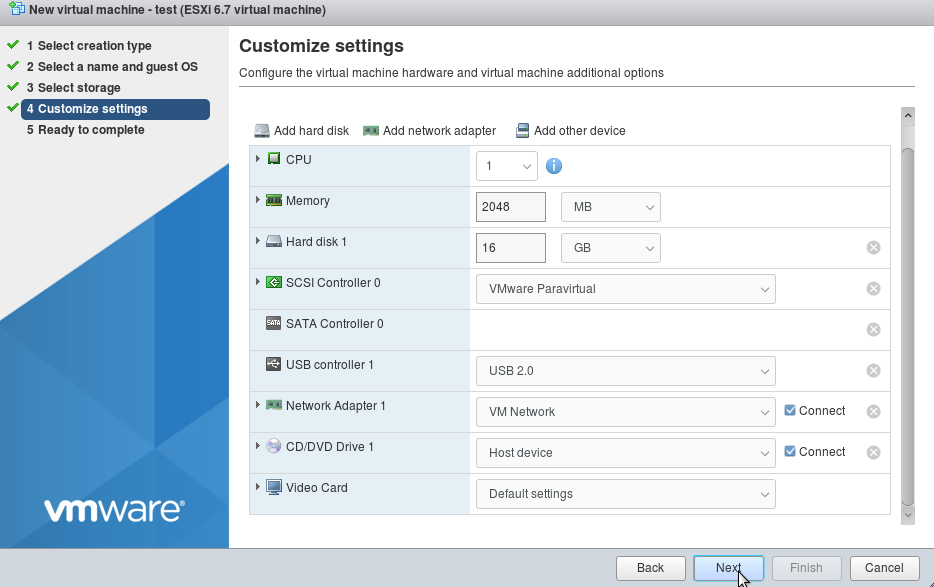 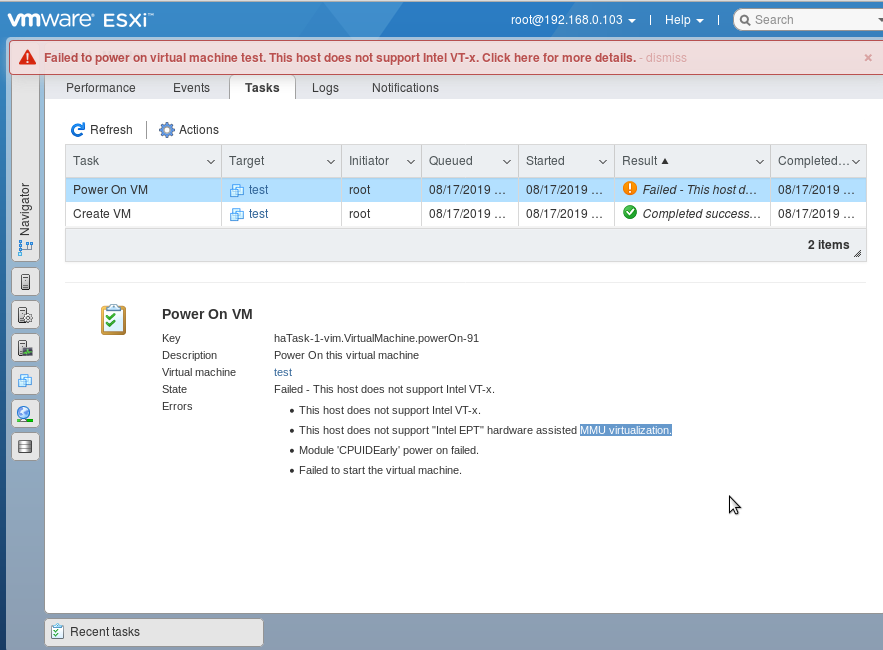 „So long story short, the only way an IOMMU will help you is if you start assigning HW resources directly to the VM. Just having it doesn’t make things faster.

It would help to know exactly what Motherboard/CPU is advertising this feature. IOMMU is a system specific IO mapping mechanism and can be used with most devices.

IOMMU sounds like a generic name for Intel VT-d and AMD IOV. In which case I don’t think you can multiplex devices, it’s a lot like PCI passthrough before all these fancy virtualization instructions existed :). SR-IOV is different, the peripheral itself must carry the support. The HW knows it’s being virtualized and can delegate a HW slice of itself to the VM. Many VMs can talk to an SR-IOV device concurrently with very low overhead.

The only thing faster than SR-IOV is PCI passthrough though in that case only one VM can make use of that device, not even the host operating system can use it. PCI passthrough would be useful for say a VM that runs an intense database that would benefit from being attached to a FiberChannel SAN.

Getting closer to the HW does have limitations however, it makes your VMs less portable for deployments that require live migration for example. This applies to both SR-IOV and PCI passthrough.

Default virtualized Linux deployments usually use VirtIO which is pretty fast to begin with.“

while vmware is surely a rock solid solution, vmware has an confusing amount of tools to say the least.