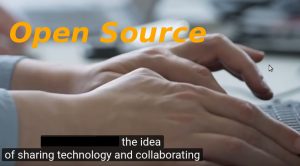 what do you think about the CNBC documentary?

2012: Aalto Talk with Linus Torvalds: 1,5 Million Views! contains the famous “Fuck You NVIDIA”
https://www.youtube.com/watch?v=MShbP3OpASA
Linus Torvalds writes software since his early childhood ages and just loves programming.
Without this love (maybe you can also call it pedantic habit)  there would be no Linux and no Android.
He says he started coding binary, then assembler, even wrote his own assembler, he knows what the assembler code will look like that the C compiler will generate and thus loves micro management.
holy cow!

If there was a “nerd of the century award” Linus would surely be worthy of it.

PS: China says “Goodbye” to Microsoft and develops it’s own OS, based on Linux.
https://www.telegraph.co.uk/technology/news/9948817/China-develops-national-open-source-operating-system.html
“Linux kernel is GPLv2 and the COS framework is closed source and licensed by the originators.”
https://en.wikipedia.org/wiki/COS_(operating_system)
… after all the technology transfer from West to East… this kind of sucks.

These two companies are known for their close ties to the Chinese Communist Party.

Tensions between China and the United States may well shape the future of technology as companies from both countries try to occupy as much space as possible in the technology market.”