1984 mass surveillance: for a better world? – trust – mass surveillance – and why is there so much violence on TV? – the trust problem between gov and citizens needs to be addressed – Trump to end all encryption?

1984 mass surveillance: for a better world?

but highly recommend to anyone to watch it – at least once – the “middle aged” version actually released in 1984, UK, if one can get hands on it.

2013: Latest Snowden Leak Reveals NSA War on Encryption, but It’s Not Yet Dead

not drama and violence.

but drama and violence is what 90% of TV stations are broadcasting.

Probably with one goal: to undermine trust between citizens.

Your neighbor could be a murderer!

Or a Russian spy!

Or a North Korean spy!

Or a criminal or a pervert or a monster from Mars!

Of course we all want to terrorists, criminals and child abusers to be caught – at best – before any harm is done.

But is mass surveillance of everyone “the tool” to do that?

Or are those buzz words – including (now) Corona – just excuses to undermine privacy and allow NSA to access everyone’s brain DIRECTLY.

Or does society as a whole need to grab the root of the problem and not treat symptoms?

And should the FBI, NSA and Co maybe trust it’s citizens more – actually listen to their concerns “my neighbor is a pervert” and do personal investigation of the matter?

(would create a lot of jobs!)

“AI show be the bad guys”

bad = whoever is against the dictator.

The next command will be AI: disable all bank accounts of “the bad guys” or even worse: AI kill all the “bad guys”

Now robots actually have learned how to fly and walk. So mankind is going further and further towards 1984 digital dictatorship. 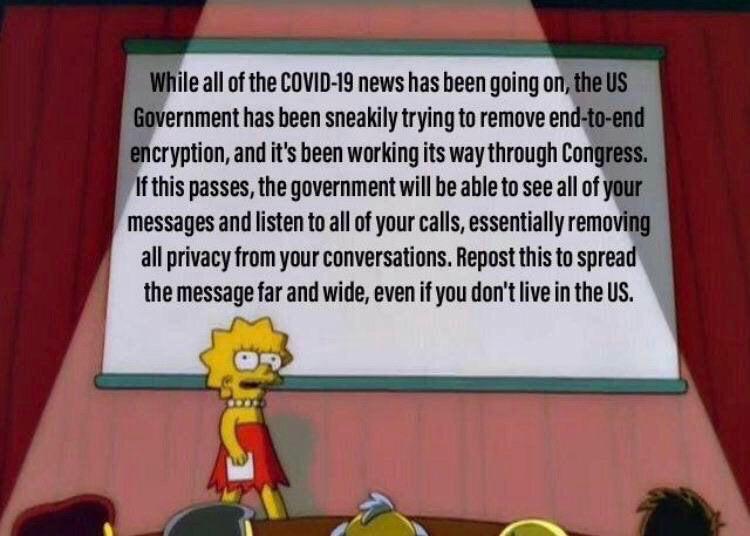 Do people have faith in the competence and fairness of governments?

Do people have trust in each other?

One major tool to restore faith can be transparency.

But if leaders lack skill – plus choosing bad advisors (lobbyists) – then mankind is f****ed. 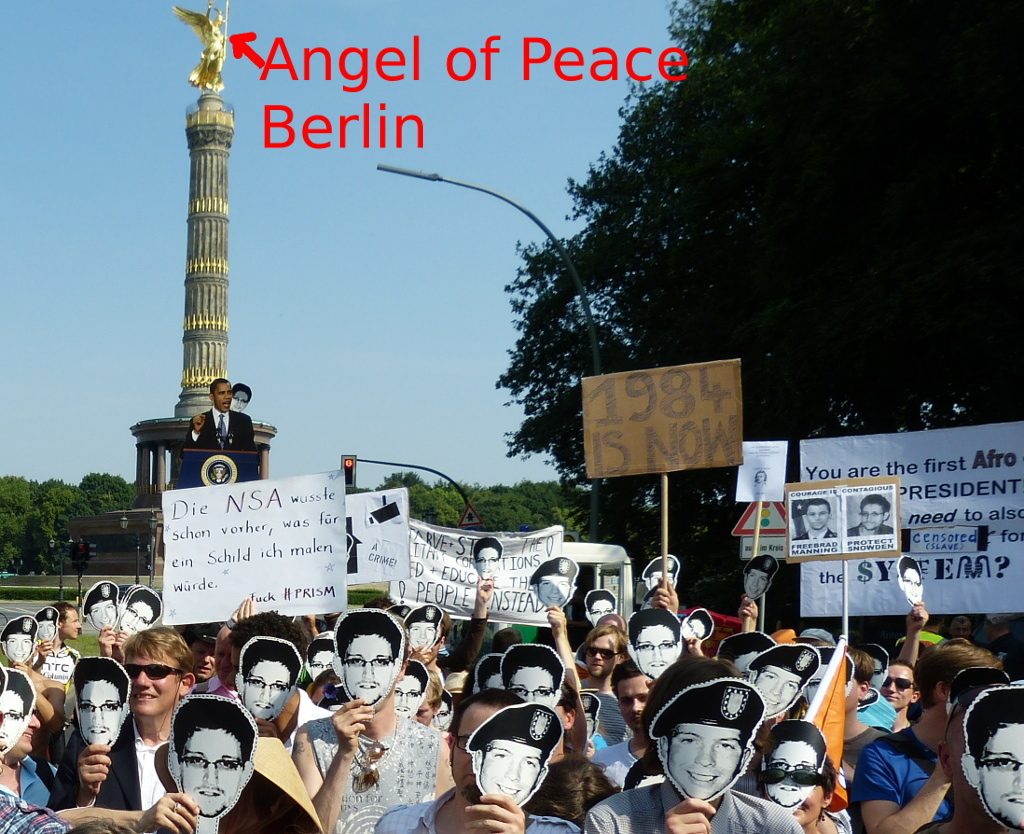 so the gov does not trust it’s citizens. why should the citizens trust it’s government then?

lack of trust is the #no1 problem preventing cooperation.

so it NEEDS TO BE #no1 priority of ANY government to improve trust. (well corrupt politicians have damaged gov trust massively again and again over decades)

Trump to end all encryption?

2019-06: “Senior Trump administration officials met on Wednesday to discuss whether to seek legislation prohibiting tech companies from using forms of encryption that law enforcement can’t break — a provocative step that would reopen a long-running feud between federal authorities and Silicon Valley.

The encryption challenge, which the government calls “going dark,” was the focus of a National Security Council meeting Wednesday morning that included the No. 2 officials from several key agencies, according to three people familiar with the matter.”

2020-03: Full throttle surveillance state: “Imagine an Internet where the law required every message sent to be read by government-approved scanning software. Companies that handle such messages wouldn’t be allowed to securely encrypt them, or they’d lose legal protections that allow them to operate.”

The Bill: “Eliminating Abusive and Rampant Neglect of Interactive Technologies Act of 2020” or the “EARN IT Act of 2020”.

In response to the 2013 disclosures about the United States National Security Agency and its international partners’ global surveillance of foreign nationals and U.S. citizens, Graham said that he was “glad” the NSA was collecting phone records. He said: “I’m a Verizon customer. I don’t mind Verizon turning over records to the government if the government is going to make sure that they try to match up a known terrorist phone with somebody in the United States. I don’t think you’re talking to the terrorists. I know you’re not. I know I’m not. So we don’t have anything to worry about.”[96][97]

On July 25, 2013, the U.S. Senate Committee on Appropriations unanimously adopted an amendment by Senator Graham to the “Fiscal Year 2014 Department of State, Foreign Operations, and Related Programs Appropriations Bill”[98] that would seek sanctions against any country that offers asylum to former NSA contractor Edward Snowden.[99][100][101]

a song that fits nicely: Eye In The Sky (and now: in our pockets)

solution: there needs to be an alternative to 1984