with printers and GNU Linux it is usually like this: plug & print 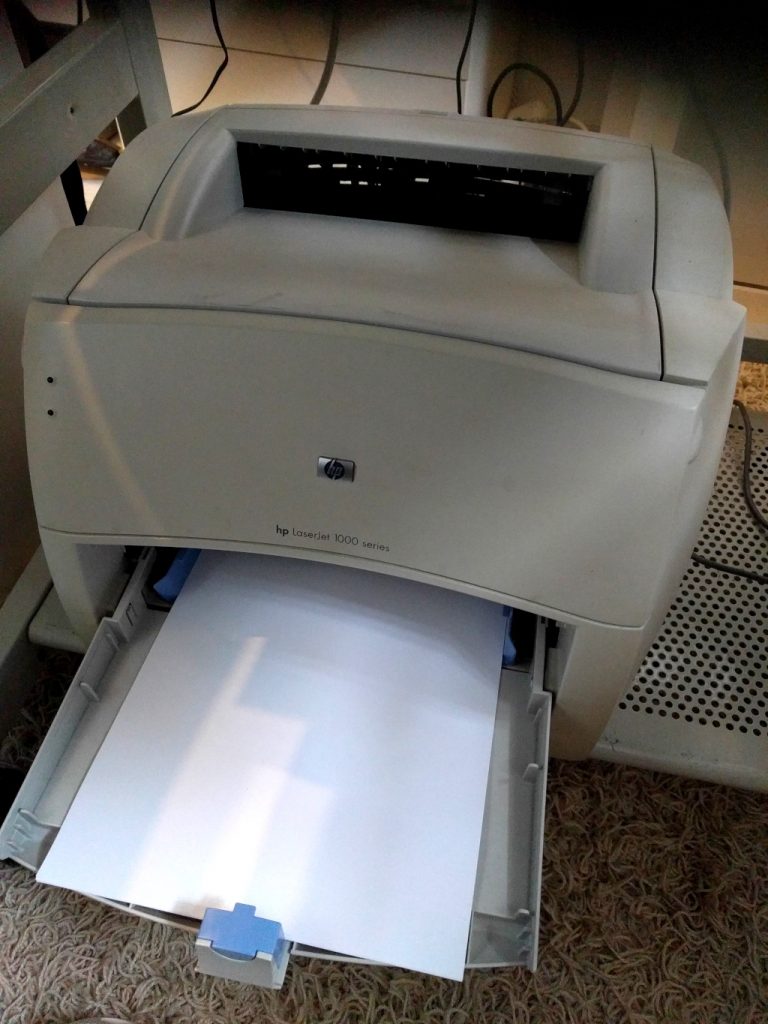 market introduction: 2000-12: (so this printer is 20 years old!) “the introduction of the LaserJet 1000: the first sub-$250 LaserJet and the lowest-priced monochrome (black and white) HP LaserJet printer to date” (src: Wiki) 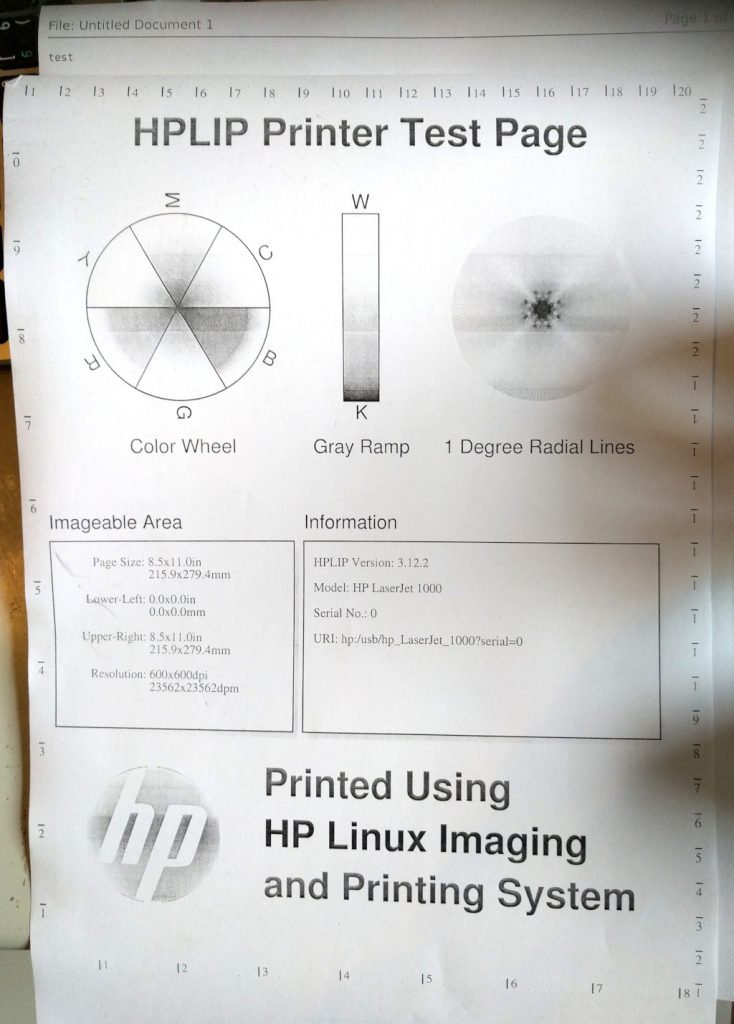 … 3 days later, it actually printed a HLIP Printer Test Page and “Test”, so printer was saved from the dumpster, trash was avoided, very old equipment still works and is reused (got it for free).

health wise: get a filter!

what software was used?

to become root in ubuntu user:

here are some files that might help other users with their setup:

how does brother do linux support?

has a nice setup script, give exact model number like: MFC-9465CDN and ip and it does the rest

but this old (20 years) hp 1000 laserjet printer was unable to get working with Debian 9 and Debian 10… (it is detected, driver installed, but during print says “job completed” but never prints anything X-D)