also: NOT A MOUSE X-D

whatever it is that is “wandering” around the pipes of Dragon capsule’s engine part.

it ain’t a mouse X-D (looks to me like some tissue? can Scott Manley SpaceX or NASA debunk it?)

successful docking of Dragon with ISS! NICE 🙂 THANKS ALL INVOLVED! 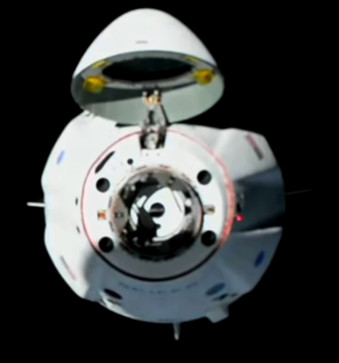 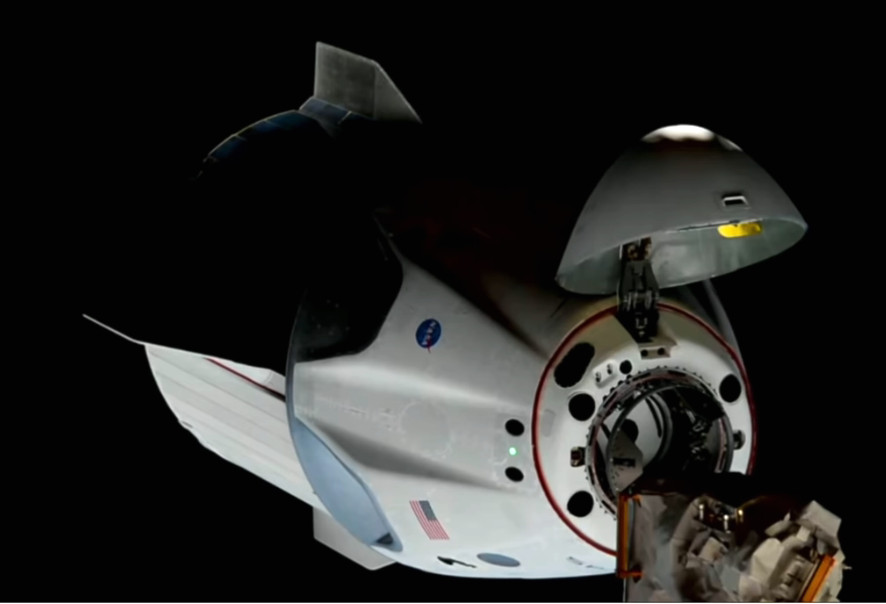 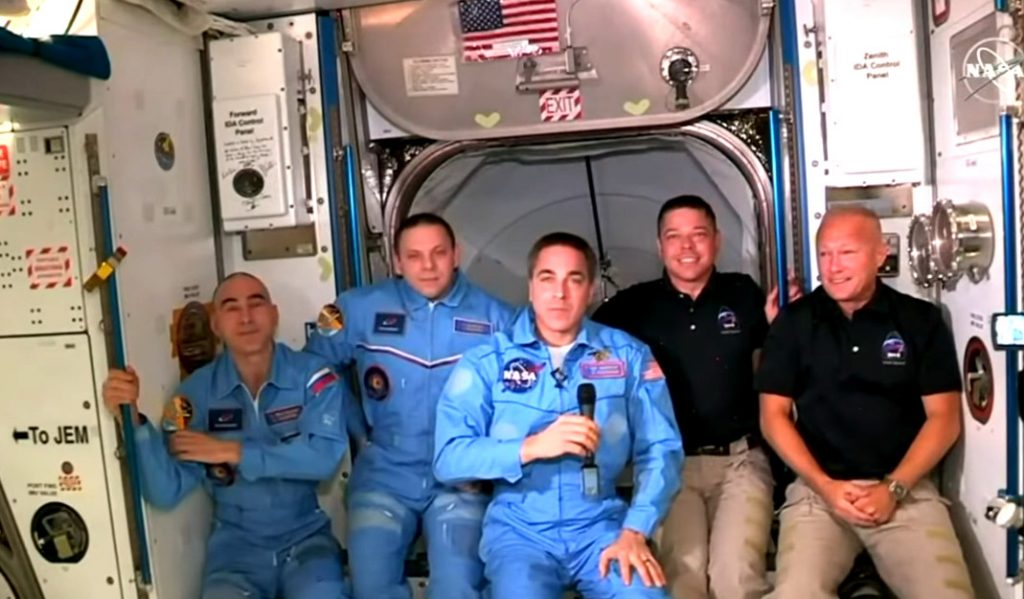 the cold war seems to be back (“thanks” all involved)

Is the Moon and Mars space race on again?

(this time against China not Russia) 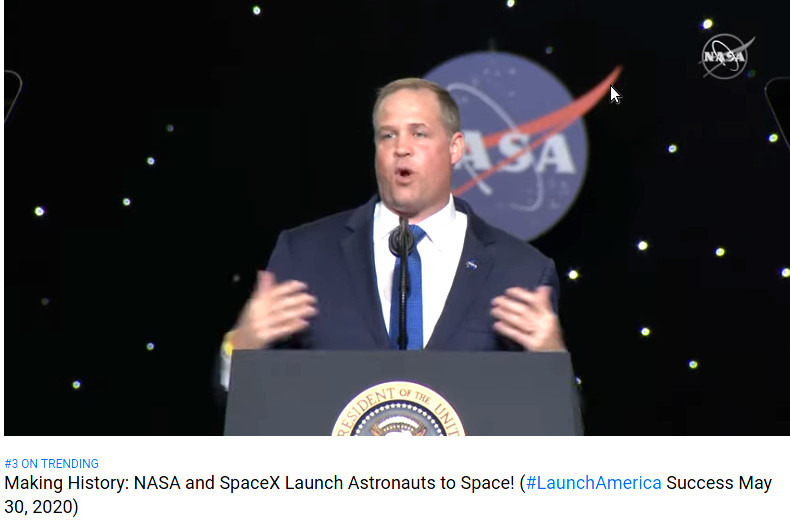 Bridenstine complains in the above video… that 9 years ago, the day after the last SpaceShuttle landing, a lot of NASA workers were fired, immediately.

This of course angered a lot of skillful engineers and employees.

But the SpaceShuttle was a bad idea right from the start that fell short – way short – of Moon and Mars. 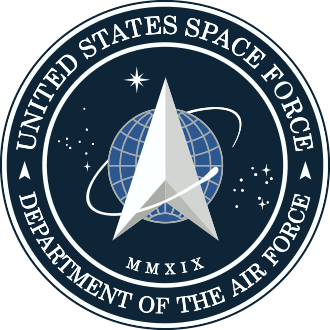 here one can watch the replay. (once it is uploaded and processed the whole recording?) 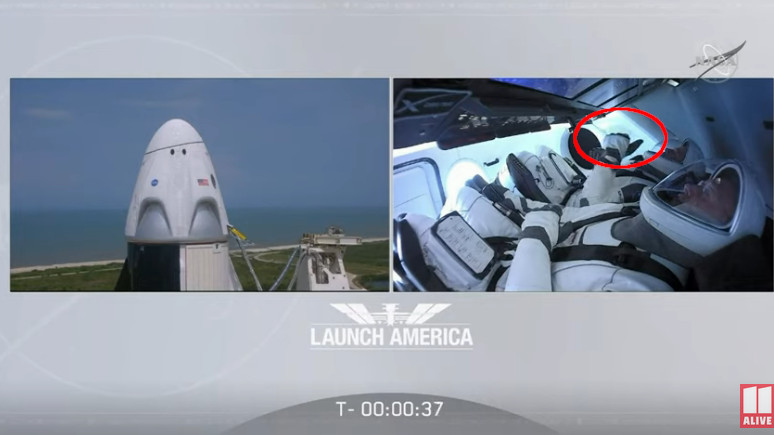 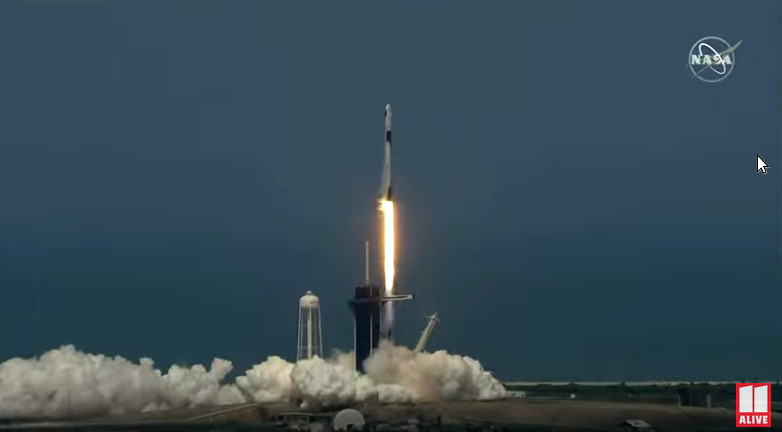 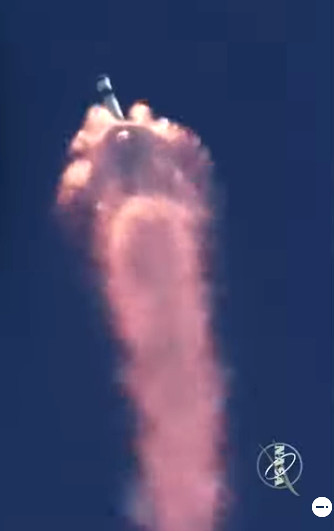 There is a DRAGON on the DRAGON X-D 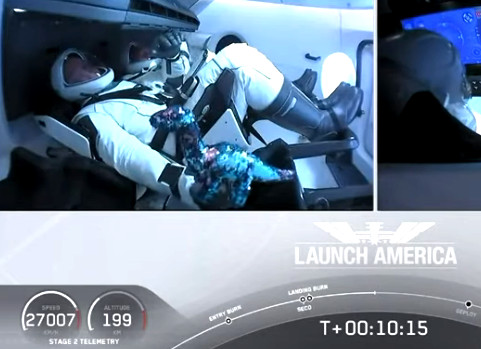 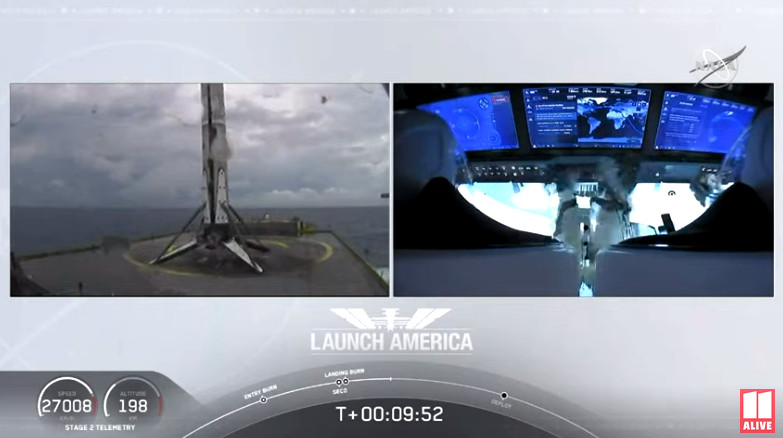 recovery of the booster on drone ship was also successful 🙂 (great! less waste in space and atmosphere! also saving costs) 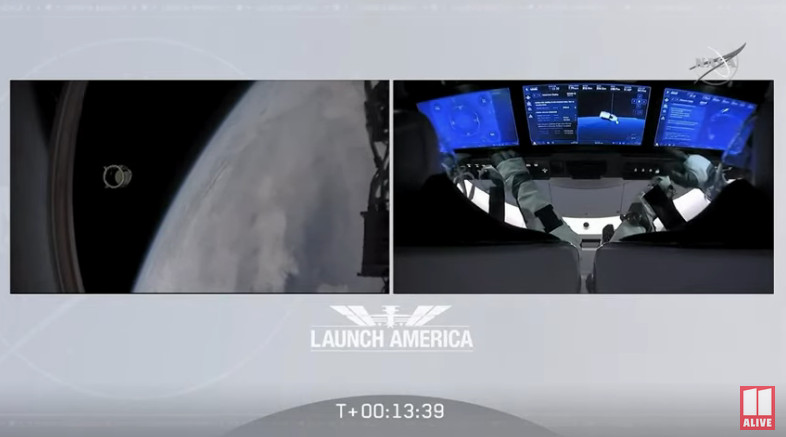 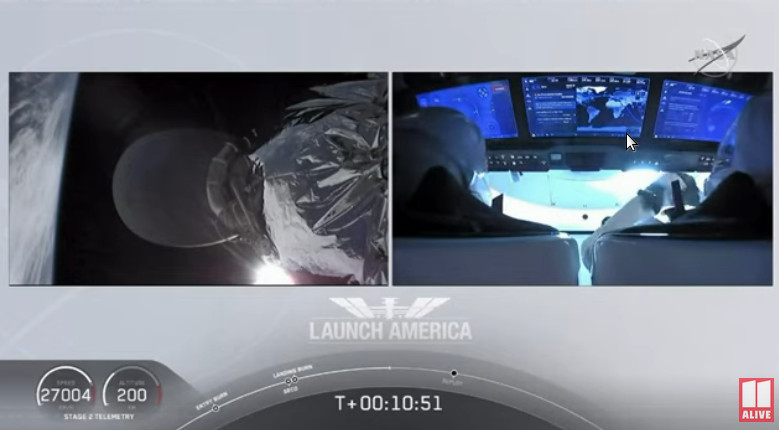 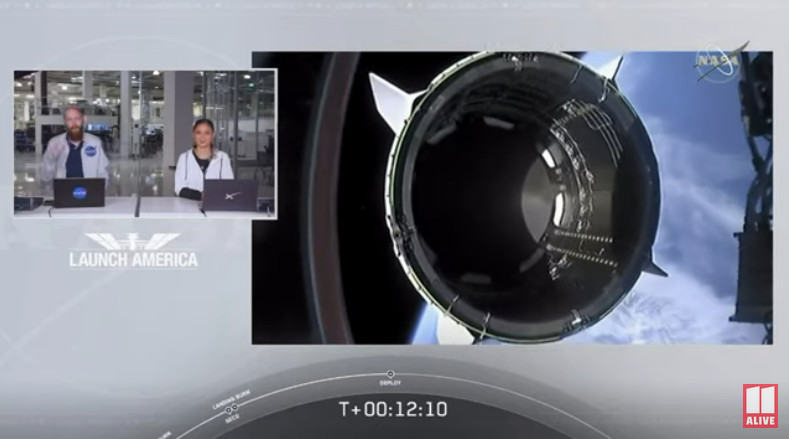 big question: it takes many many hours for the Dragon capsule (more than 21 hours) to meet up with the ISS station, will they be able to hold their pee? X-D

“After the Apollo missions ended in 1975, engineers described defecation and urination as the “bothersome aspects of space travel.”

Former NASA astronaut Garrett Reisman, who worked for many years on the development of SpaceX’s Dragon spaceships, told Business Insider that the toilet is near the top of the capsule.

“I don’t know if the toilet is really cool, necessarily, but it is there,” he said. “I can tell you it’s located — in one-G [Earth gravity] — would be towards the ceiling. But of course in zero-G [microgravity] that doesn’t matter.”

“The Crew Dragon, which can seat seven people, is a larger vessel than the Russian Soyuz capsule, which has three very snug seats. Since terminating the space shuttle program nearly nine years ago, NASA astronauts have been paying Russia to get to space.

The Soyuz is equipped with a rudimentary hose system that astronaut Chris Hadfield called “basic,” adding that astronauts get two enemas before they launch with the hope they don’t have to use it at all. ” 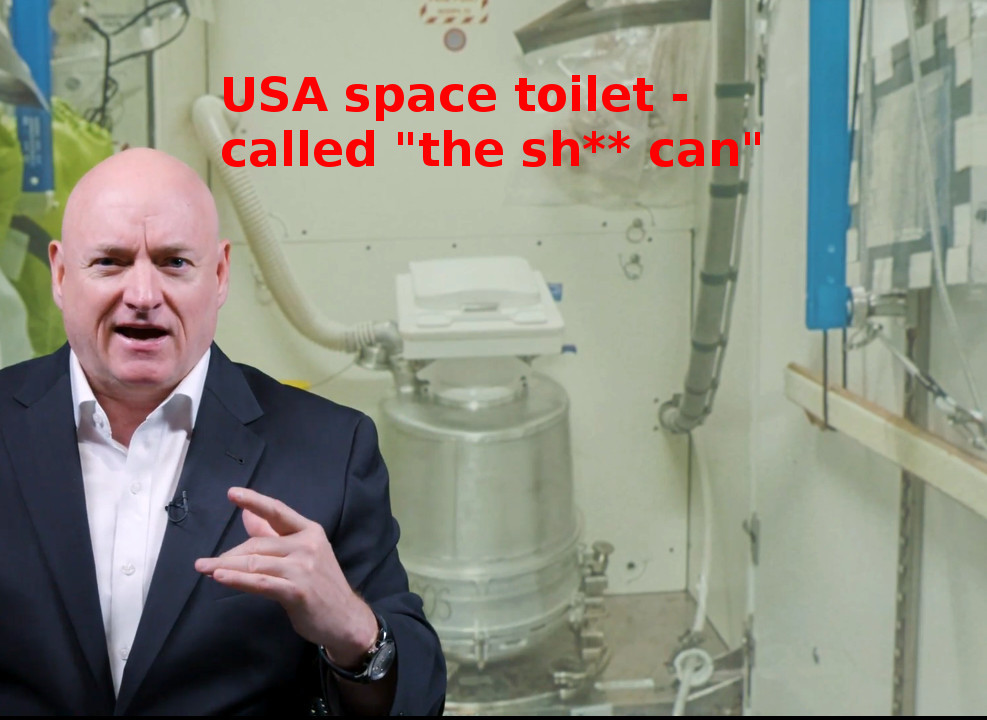 … well well well… as some of the space nerds already expected… even space exploration is dependent on mother nature, so it happens often, that viewers wait… 1 hour 2 hours 3 hours… and then ABORT/SCRUBBED!

but was entertaining never the less, a lot of insights and great camera angles

but the “average Joe” might not be so considered and yes it is annoying but safety should ALWAYS be first – even when the president himself is watching and waiting.

even worse than a scrubbed launch – is a failed launch – so no hard feelings everyone.

SpaceX will try again on Saturday.

“NASA and SpaceX plan to launch astronauts to the International Space Station on May 27 (2020), the agency announced April 17. 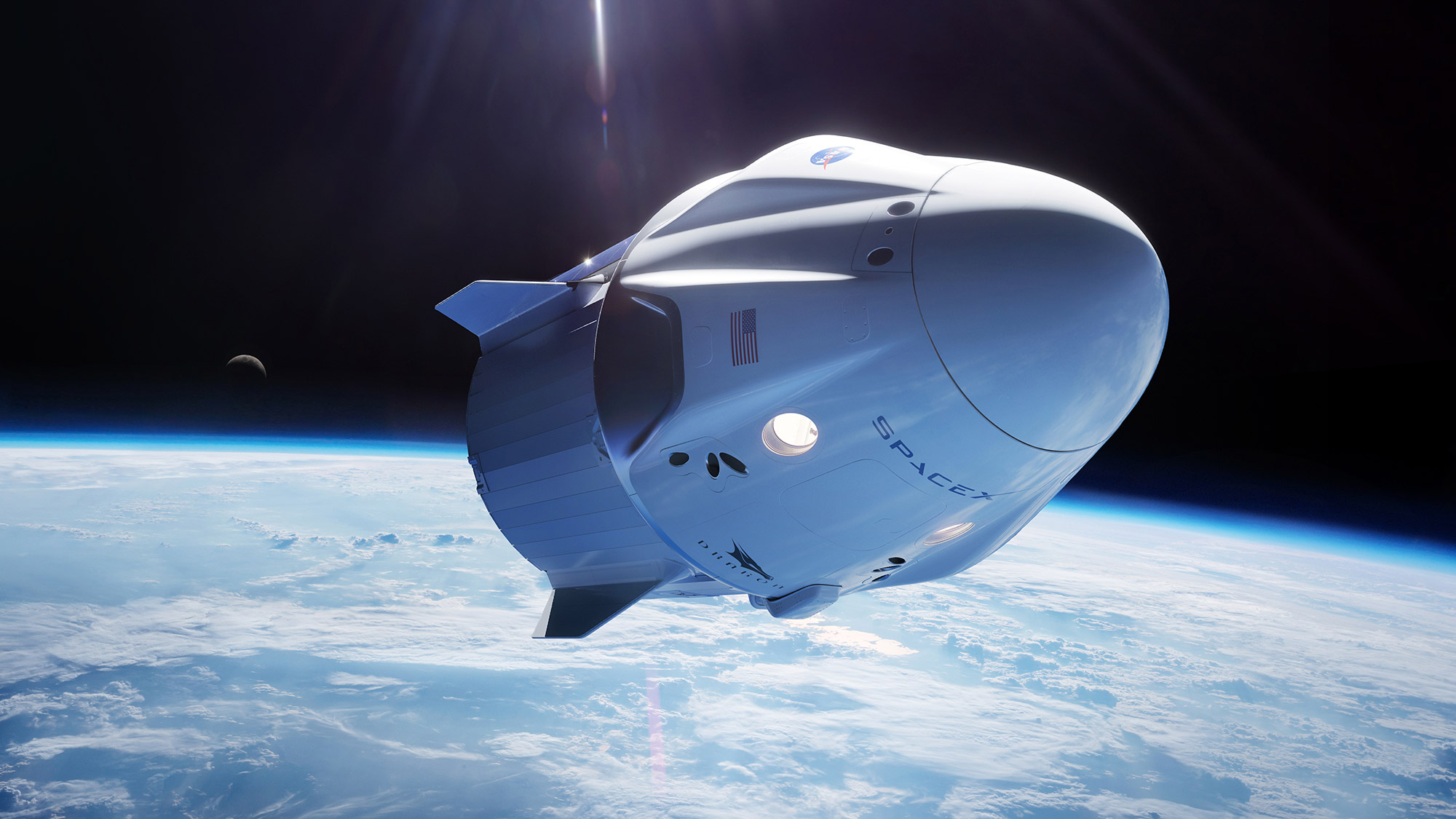 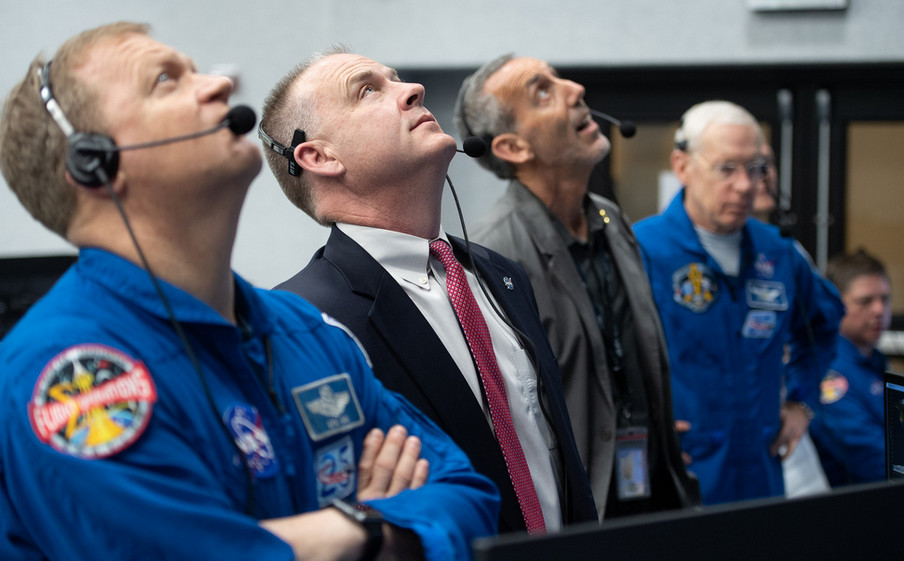 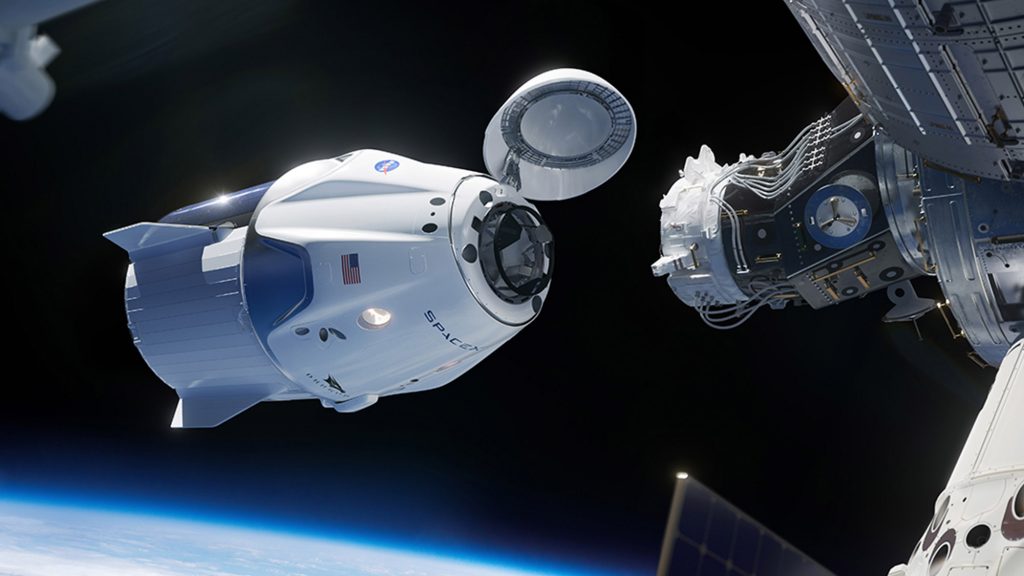 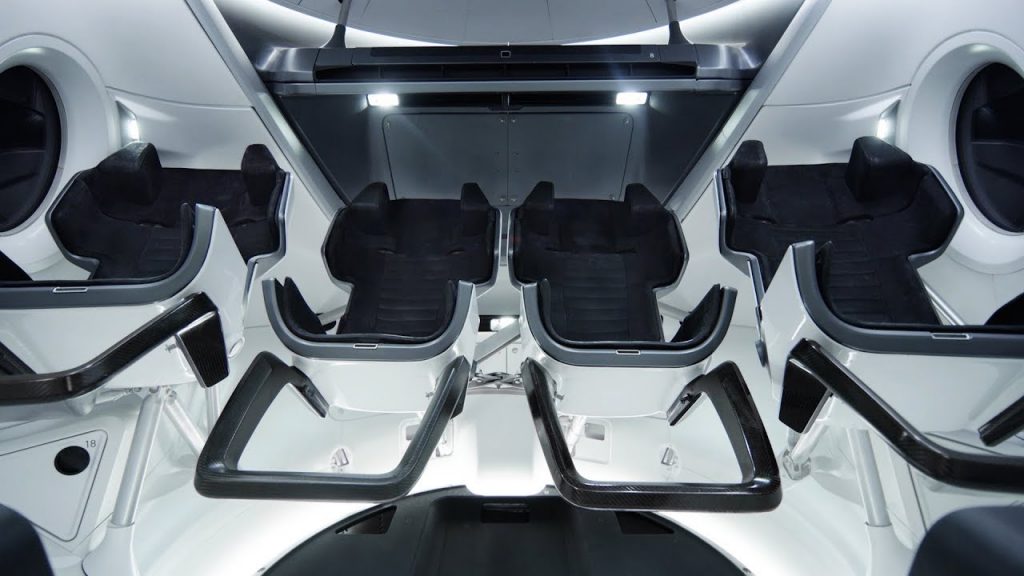 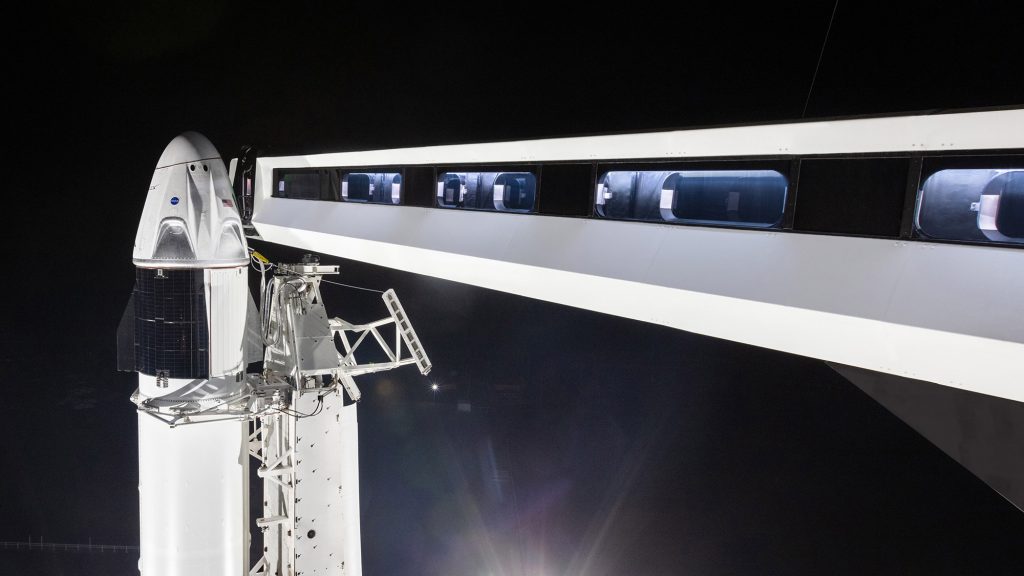 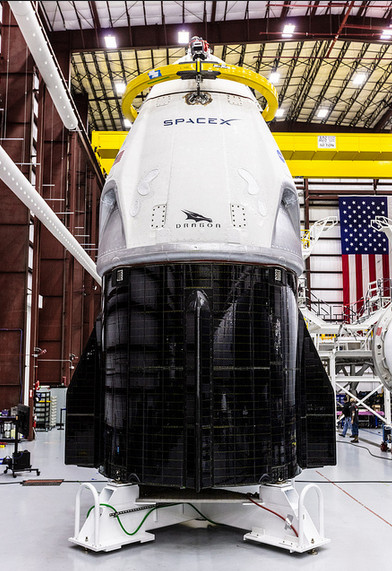 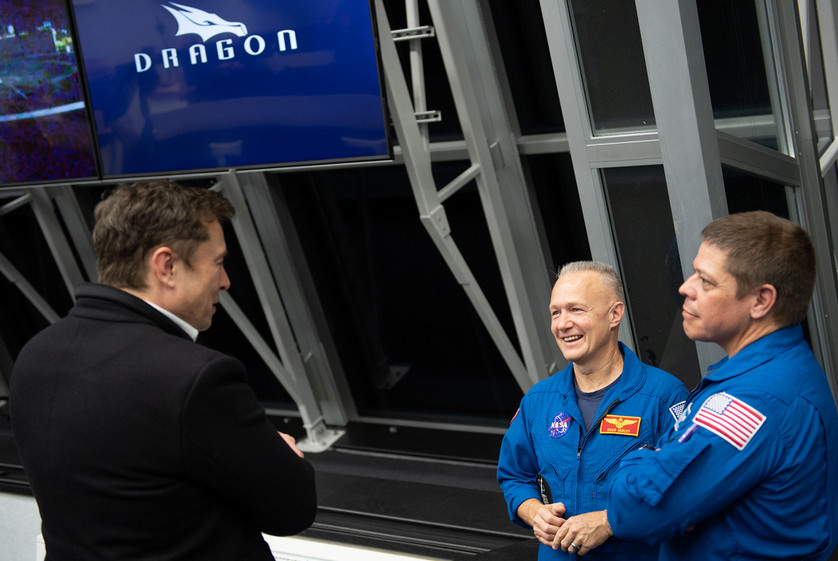 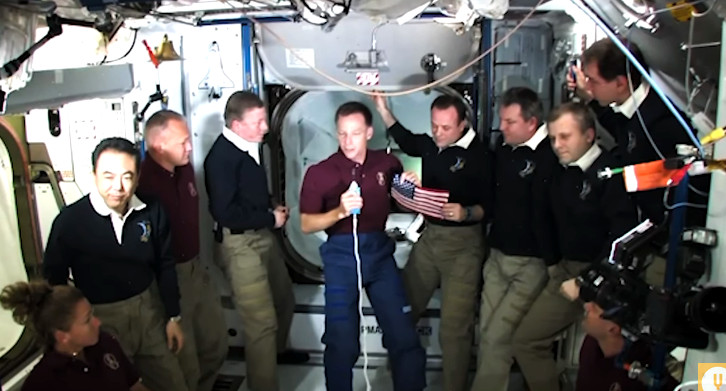 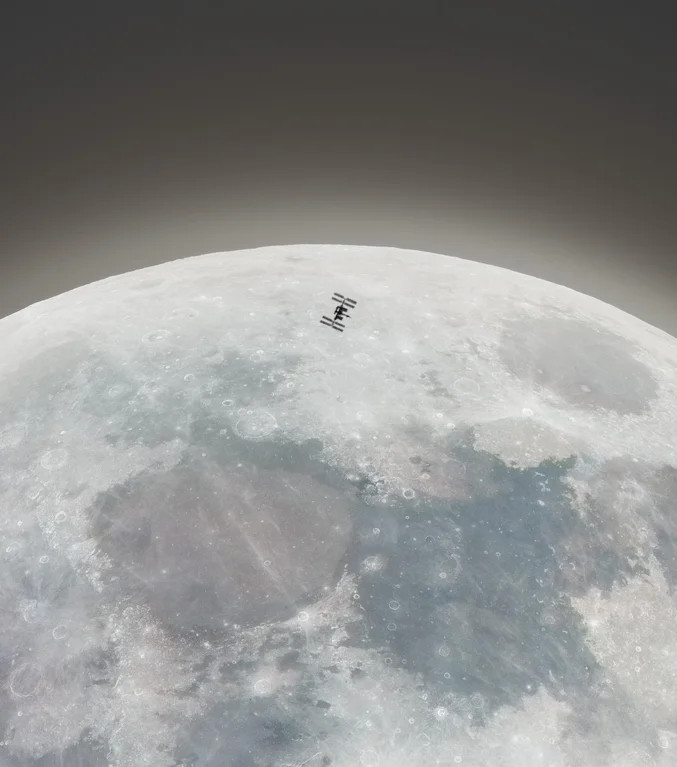 who was also involved?

Hans Koenigsmann obtained his first aerospace engineering degree at the Technical University Berlin in 1989, followed by a Ph. D in Aerospace Engineering and Production Technology at the University of Bremen in 1995.[1][2]

He began working at the Center of Applied Space Technology and Microgravity at the University of Bremen, where he was in charge of avionics and later management of the BremSat satellite.

After successful launch and the end of the project one year later, he emigrated to California to work for the satellite manufacturer Microcosm Inc.. He met Elon Musk at a rocket launch in the Mojave Desert.[3]

In 2002 Hans Koenigsmann became the fourth technical employee for the newly-founded SpaceX. He was part of the launch team starting as VP of Avionics, then from the third Falcon 1 flight forward was the Launch Chief Engineer. SpaceX promoted him to Vice President of Mission Assurance in 2011 making him been responsible for the safe completion of SpaceX missions.[3]

Hans Koenigsmann was awarded the NASA Distinguished Public Service Medal in 2014.[4] It is the highest form of recognition by NASA for non-Government individuals.[5]

let’s not forget “the past”: 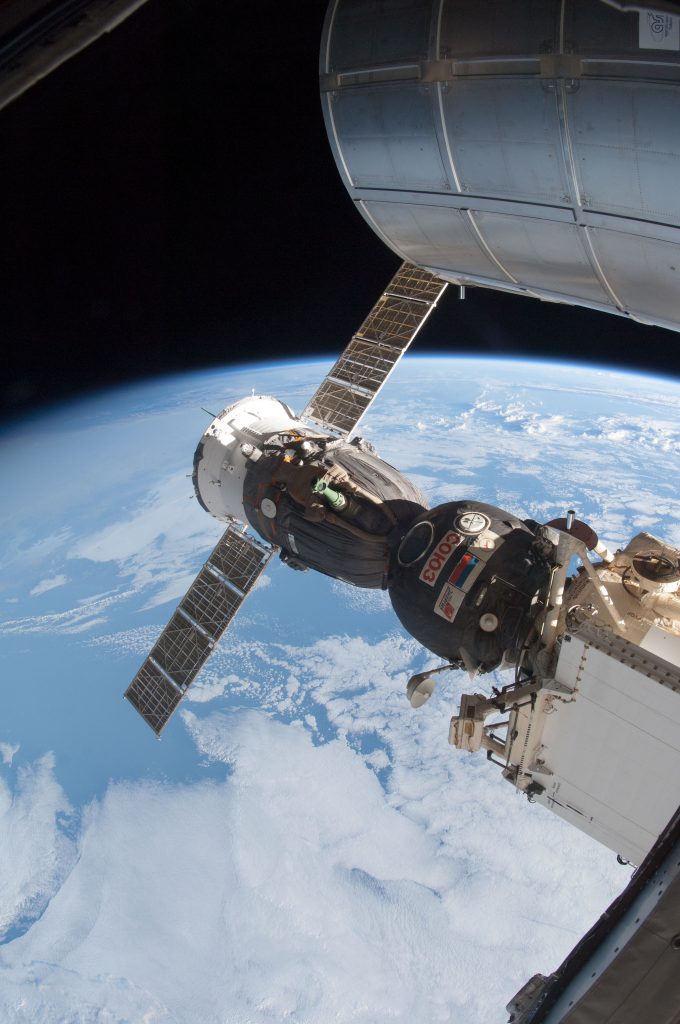 https://spaceflight.nasa.gov/gallery/images/station/crew-34/html/iss034e045758.html this flight actually delivered F 850 SkyBot to the ISS https://www.youtube.com/watch?v=CpyyDduoN0s a robot that can be controlled via VRGoogles and gloves 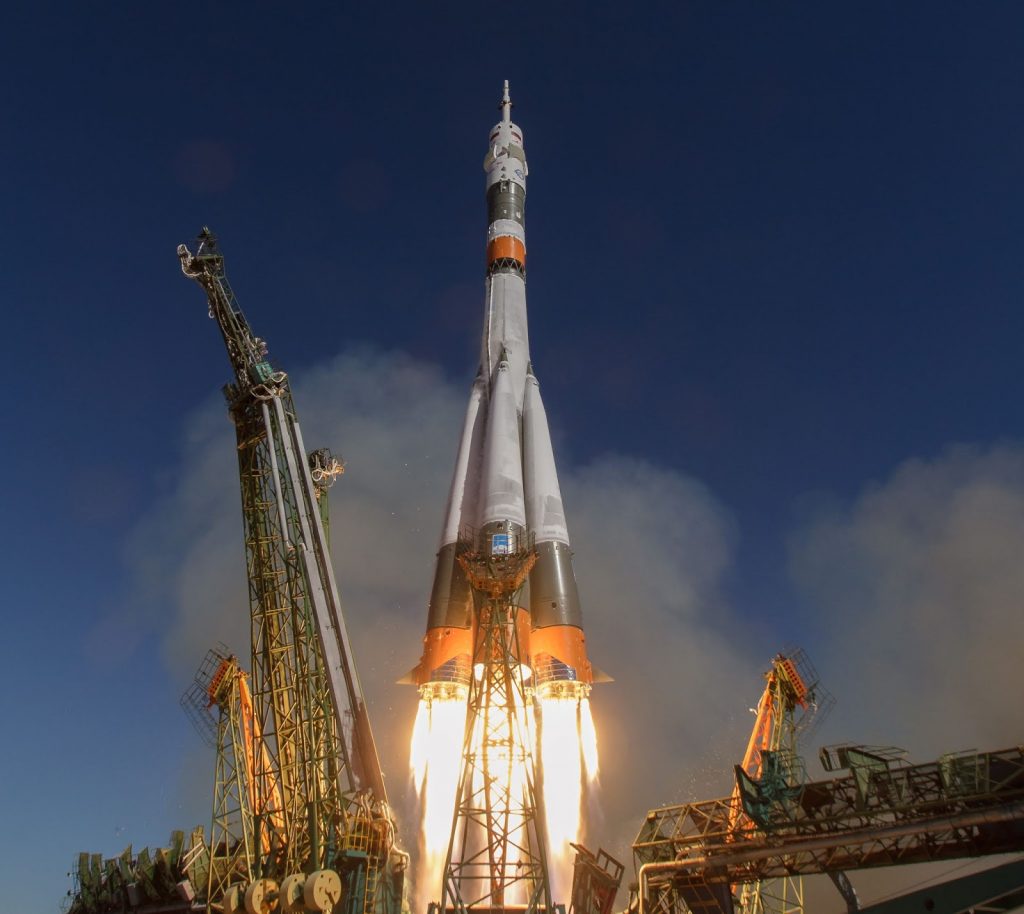 The Soyuz MS-10 spacecraft is launched with Expedition 57 Flight Engineer Nick Hague of NASA and Flight Engineer Alexey Ovchinin of Roscosmos, Thursday, Oct. 11, 2018 at the Baikonur Cosmodrome in Kazakhstan. During the Soyuz spacecraft’s climb to orbit, an anomaly occurred, resulting in an abort downrange. The crew was quickly recovered and is in good condition. Photo Credit: (NASA/Bill Ingalls) 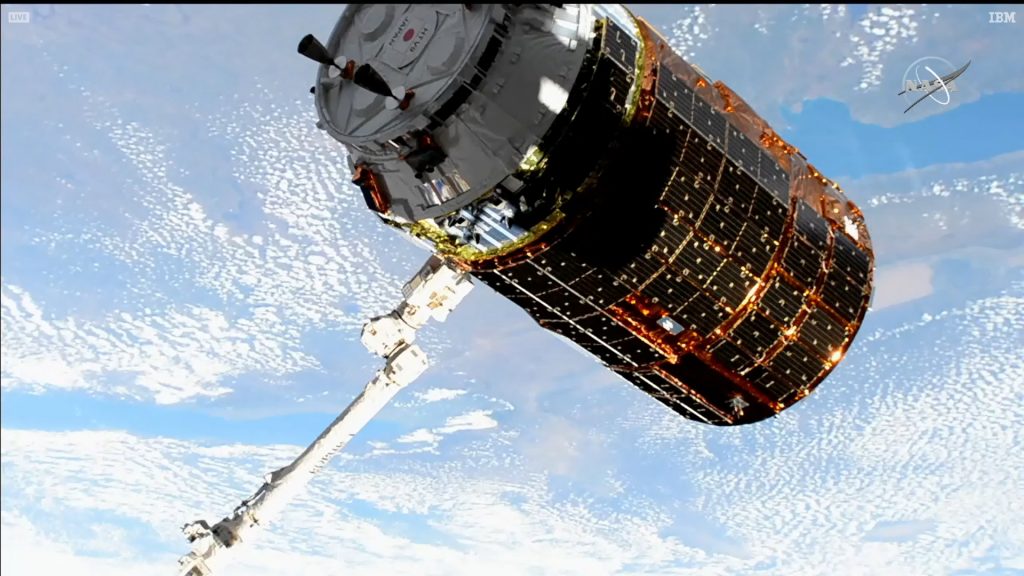 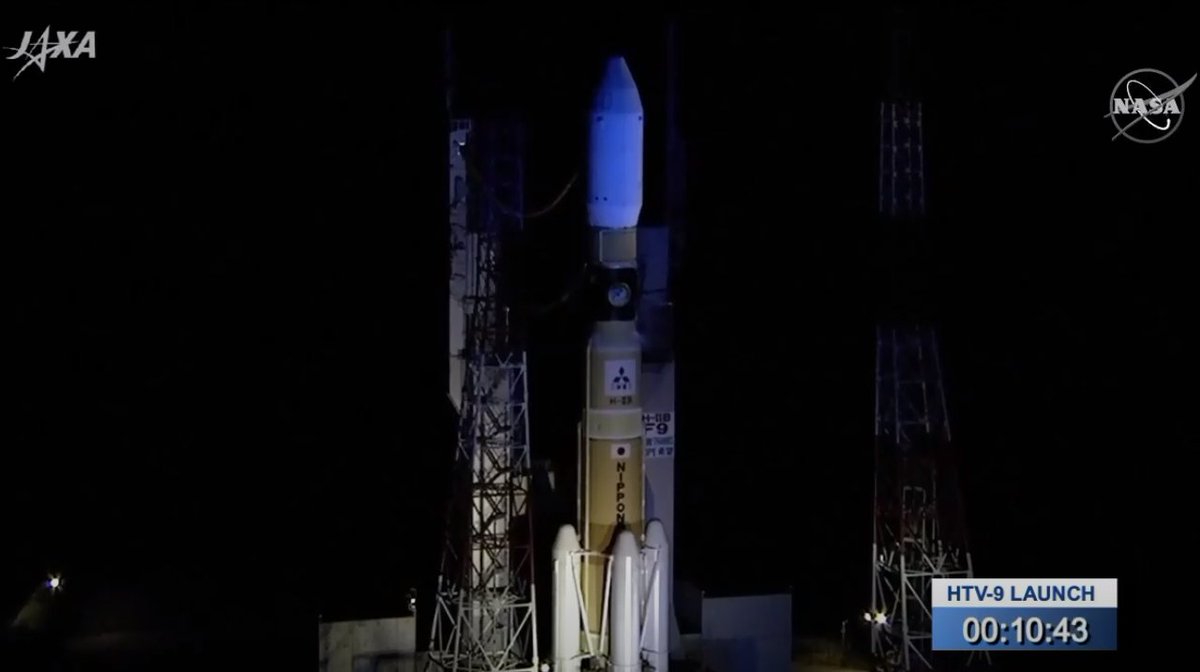